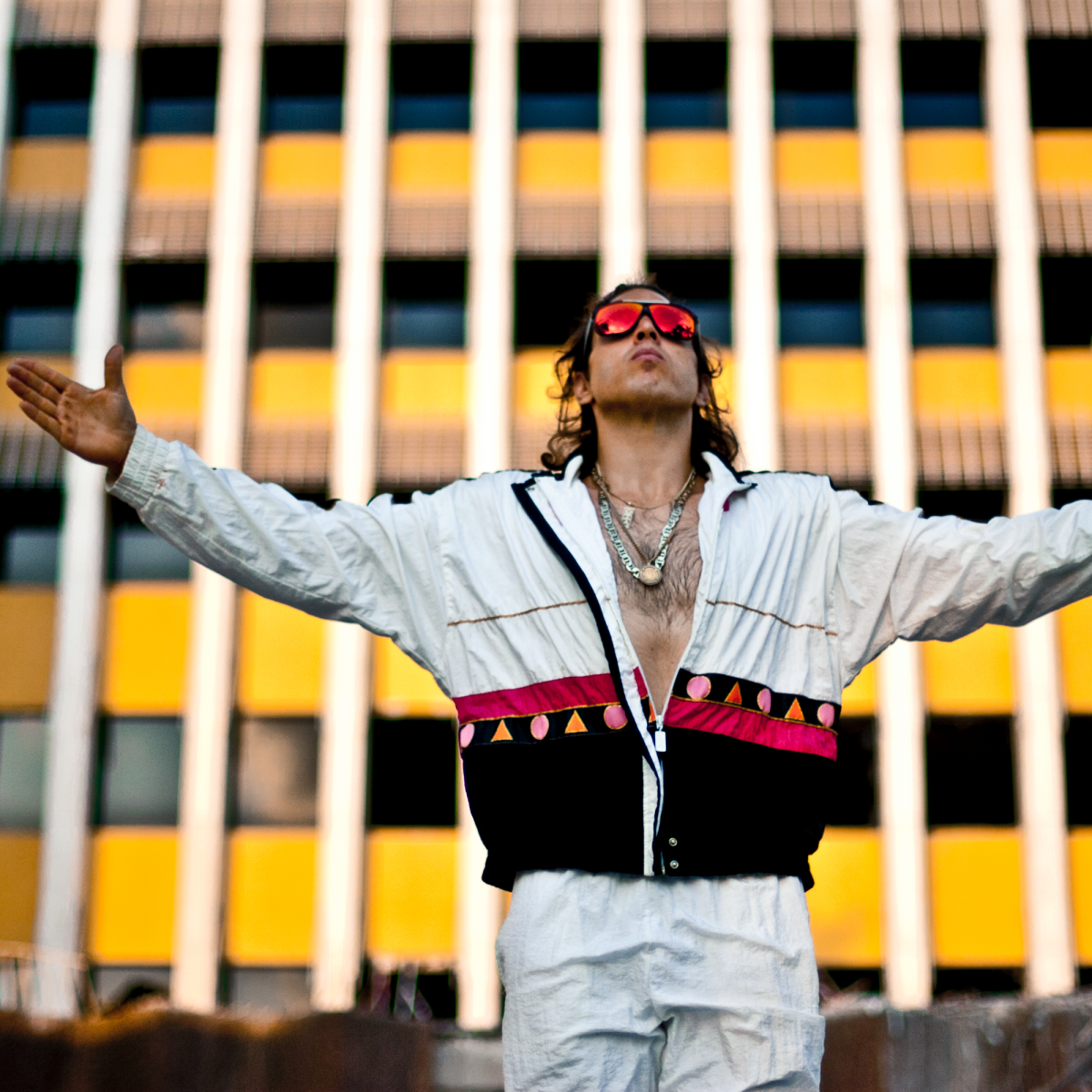 Otto Von Schirach, half Cuban Native Indian half German Anunnaki wolf, was born in the 3rd point of the Bermuda Triangle, Miami. Some people say he was dropped into the triangle by a UFO or arrived in a Gravitron. As a child, his grandmother practiced Santeria, White Magic and the supernatural arts. She raised him to open his eyes to the strange and bizarre paranormal and to practice magic with God. Otto grew up in an area known as Tre Duece Ave. where the kids followed heavy Miami Bass and Cuban Tropical music. This Flamingo Prince started to DJ in 1990 at age 12 for school dances and house parties. In 1991 Otto bought his first drum machine and immediately he recognized his passion for cosmic diamond soaked kick drums. This is how Otto found his galactic audio home.

As a Miami Knight and leader of the Sound Barrier he was crowned King of the Bermuda Triangle. With his new title he started the Triangle Family with Mr. Feather and Alligator Jesus as well as the record label, TRIANGLE EARTH. In the recent years Otto has become more involved in the professional art world via FriendsWithYou and experimental fine arts group TM Sisiters. His compositions for video artworks have been exhibited and purchased by museums and galleries across the Americas. Otto has also flexed his acting muscles by starring in the B film Death Print created and directed by Aiden Dillard. Currently working on collaborations with Blowfly, Venetian Snares, Dino Felipe & Cevin Key.