It’s been over a decade since Otto Von Schirach began channeling a childhood spent listening to “Miami Bass, Gore Grind, Gangsta Rap and Afro Cuban Noise” into some of the sickest — and funniest — platters in electronic music.

His compositions for video artworks have been exhibited and purchased by museums and galleries across the Americas. Otto has also flexed his acting muscles by starring in the B film Death Print created and directed by Aiden Dillard and worked on collaborations with Blowfly, Venetian Snares, Dino Felipe & Cevin Key.

Since his last album release on Monkeytown, Draculo EP, Otto’s output has remained as prolific as ever, with his vocals featuring in Modeseletor’s “I Am Your God” and his latest collaboration with Catnapp for our 10 Years label compilation. 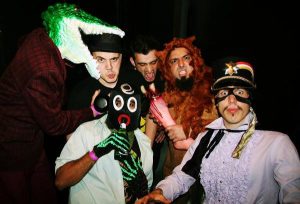 “This Image was taken in Miami, when Modeselektor played in 2008 – that’s when I first heard from Gernot & Szary that they were thinking of starting a label and asked me for tracks.
I remember Gernot said “give me something mind blowing but danceable and full of that Miami tropical vampire blood.”.

Otto Von Schirach - Astronomical
Load video
By clicking the Play button, you accept the use of social media cookies.
Or alternatively watch directly on YouTube

“I have so many favorite memories with Monkeytown records these past 10 years, like playing the beach stage at Melt Festival, it was totally magical as people where bathing in the lake and we were bassing the galaxies, or playing Panorama Bar in Berghain at 8 am felt like a zombie movie.”. 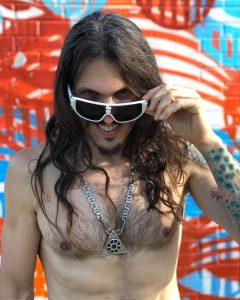 “Some of my favorite tracks on the label are the ones I made with Modeselektor, because Making tracks with Modeselktor is so much fun & inspiring LOL, and I love how much positive feedback we get from the world. So far we have done Hyper Hyper, Evil Twin & I am your God – excited to continue the journey exploring BASS with the Squad.”. 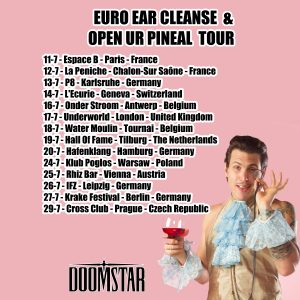