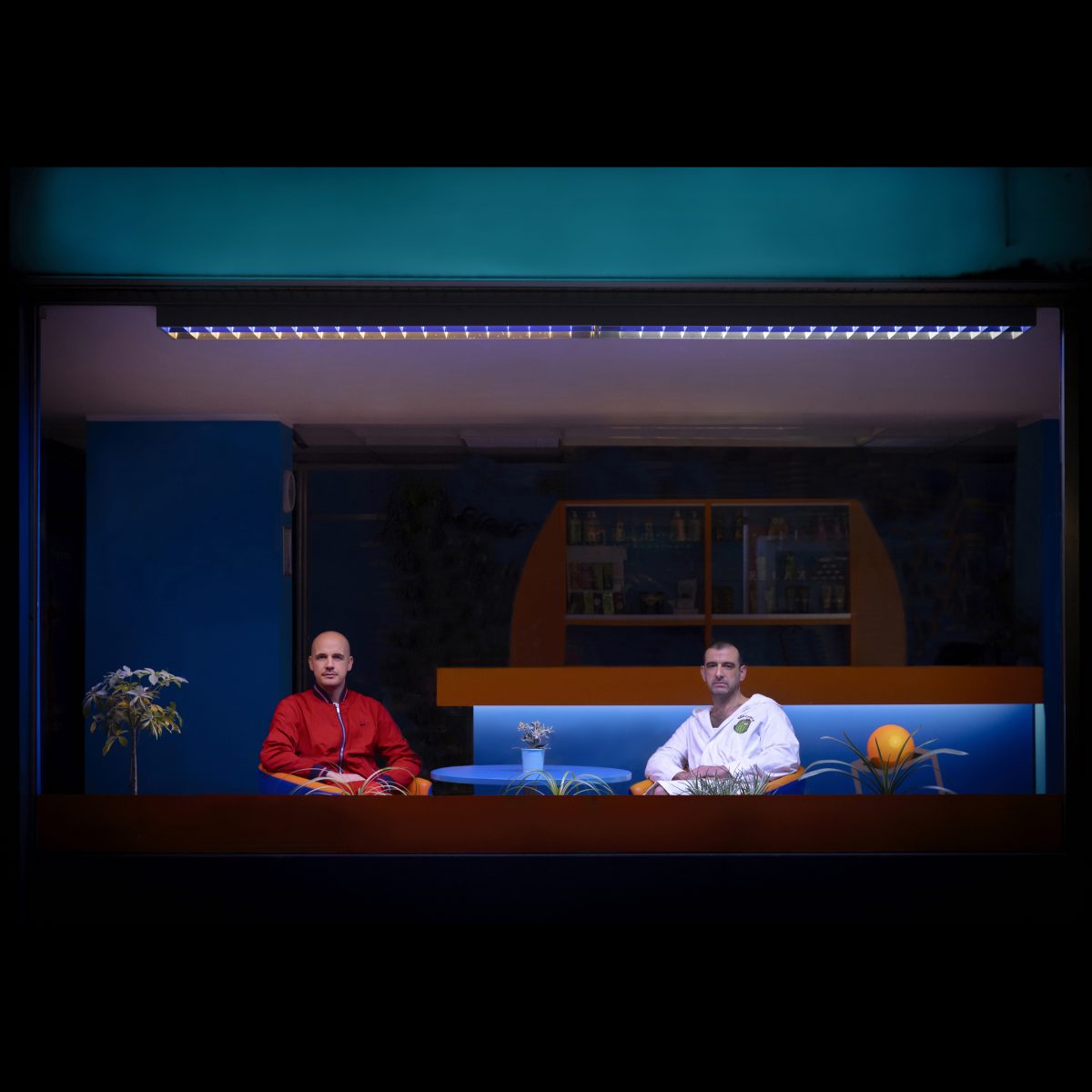 Modeselektor have been shaping the electronic music scene since the early 2000s with their flamboyant DJ sets and genre-melding productions. The duo of Gernot Bronsert and Sebastian Szary formed in the early 90s while they were involved in the rave scene on the outskirts of Berlin. After moving to the post-wall capital, a close-knit community of artists and friends emerged around them, including multimedia collective Pfadfinderei, who developed the visual concept of the famed Labstyle parties the crew held in various Berlin-Mitte clubs since the late 90s. Amongst other things, they designed Modeselektor’s fa-mous monkey logo and continue to shape their visual identity to this day, be it live shows or record sleeves.

Modeselektor’s first record „In Loving Memory” was released through Ellen Allien’s BPitch Control in 2001 and many more followed, including the two critically acclaimed and highly influential albums „Hello Mom!” (2005) and „Happy Birthday!” (2007). With their energetic live shows and offbeat productions encom-passing multiple electronic styles, they gained popularity far beyond the techno scene. They started playing some of the biggest festivals in the world and were frequently invited to tour with Radiohead, whose singer Thom Yorke more than once appeared on Modeselektor’s albums, as did artists like reg-gae singer Paul St. Hilaire, French rap crew TTC, Maxïmo Park, Miss Platnum or Anti Pop Consortium. Modeselektor remixed solo work by Yorke as well as by Radiohead, Björk, Miss Kittin, Boys Noize, Paul Kalkbrenner, Trentemøller and many more.

The third Modeselektor album was released in 2011, offering further proof of their ability to infuse con-temporary dance music styles with an almost natural appreciation of pop elements. Together with Sascha Ring aka Apparat they also released three albums under the name Moderat, which raised the bar for electronic pop music informed by bass music and club sounds. This joint venture turned into a huge success, selling out concert halls all around the globe. After extensively touring for two years, Bronsert and Szary temporarily retired Moderat and turned their focus back towards Modeselektor. The last record on 50Weapons was released in 2015, but instead their 90s techno label Seilscheibenpfeiler was revived in 2018 with a couple of strong releases. The fourth Modeselektor album „Who Else” continues their trademark adventures into sound, bass and beats, carrying forward one of the most unique stories in modern electronic dance music.

In 2021, Modeselektor are finally able to fulfill themselves a dream that goes back to their very early days: „Extended“ sees the light of day, a 27-tracks-mixtape with unreleased and brand new music by the band, bringing the unique, energetic live-experience of a Modeselektor-show as close as possible to the listeners living room. „Extended“ is followed by a series of EPs, each focusing on a track from the mixtape, offering alternative versions, remixes and a vast variety of collaborations.