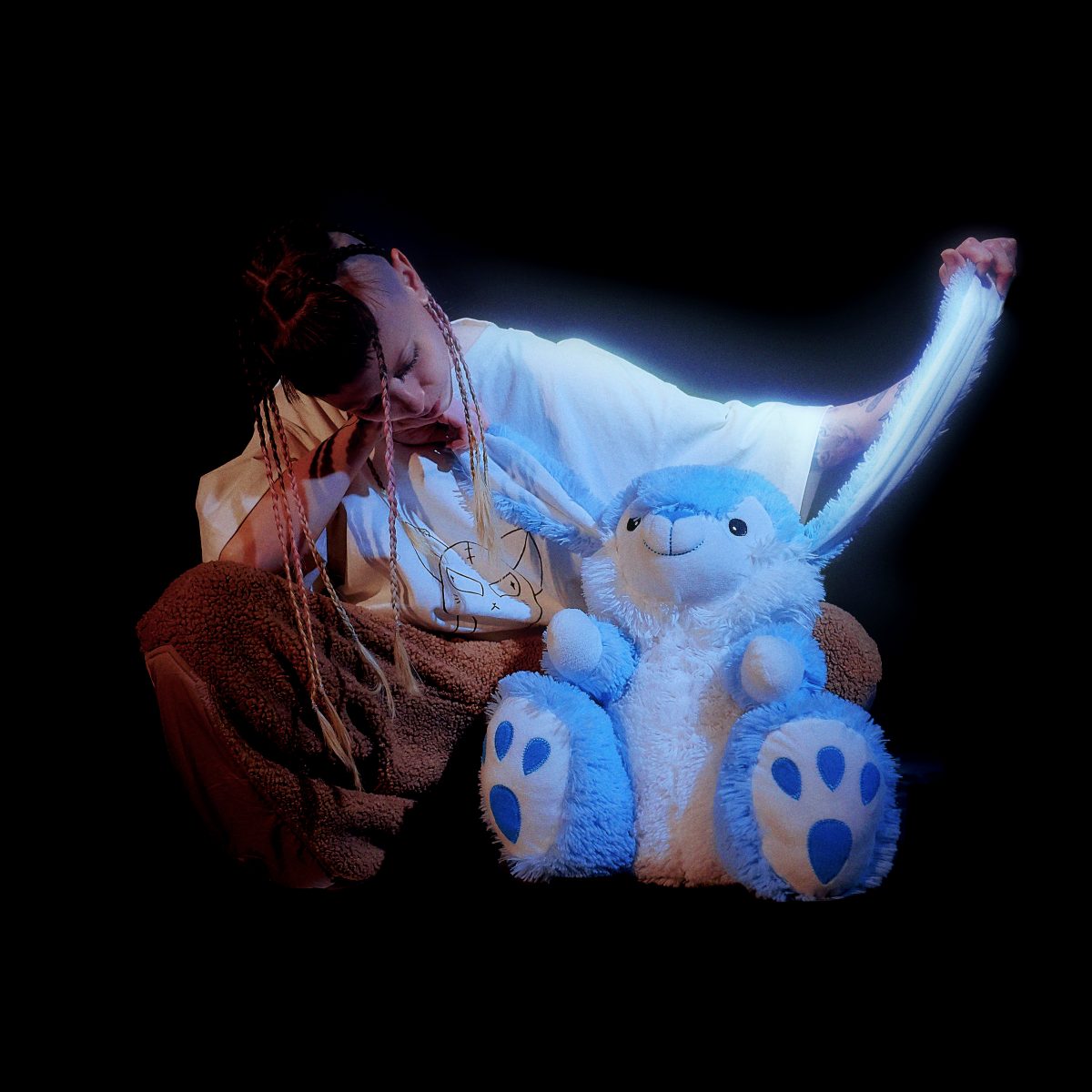 Favoring emotional expressionism and intense beats, Catnapp is pushing the boundaries of electronic music with a unique and bold take on songwriting and production. Her music and live shows are at once challenging and highly relatable, as she combines cutting-edge millennial aesthetics with openhearted lyricism and barely filtered feelings.

Amparo Battaglia started her journey in her native Argentina and made an impact in the underground scene of Buenos Aires. Arriving in Berlin in 2015, she found the perfect place to grow, with a city and musical environment that let her take crucial steps in her artistic development. By then she had already self-released many albums and EPs on which she tried to connect all the dots of her musical upbringing and influences, ranging from The Prodigy and Limp Bizkit to hip-hop and drum ’n’ bass.

Eventually, destiny found its way and Catnapp signed to Modeselektor’s Monkeytown Records for the release of her EP Fear in 2018, which was soon followed by the two-track single No Cover. The maverick Berlin techno duo seem like kindred spirits from another generation, so it was only natural that they should endorse this promising young innovator. Amparo found herself in a moment in time where she had the inspiration and drive to push things forward in every respect. Her productions got more and more distinct, her songs increasingly elaborate and her performing style was widely acknowledged as she played some of the biggest stages available for electronic underground artists, from Melt! to Sonar Festival, from SXSW to Berghain. While Catnapp herself describes her music as pop as it can get, there’s an undeniable punk spirit and DIY ethos to her tracks. It’s a wild combination of slow and heavy bass music and futuristic R&B, with influences of modern rap and vintage breakbeat sounds. The brilliant thing about Catnapp’s electronic crossover approach is that it is never overloaded or overachieving, despite all the inventiveness and often delicate lyrical content. Instead, there’s an immediate straightforwardness at work that always hits the mark.

Her introducing the personality and tangible humaneness to club-focused electronic music is another unique feature. Here are a self-taught sound engineer and self-medicating songwriter in unison. Her songs speak of toxic relationships and deception, of artistic growth, and standing up for yourself. They denounce fake friends and shallow scenesters. You can vibe with these often confessional and always inspiring songs on so many levels.

2019 saw the release of her debut album for Monkeytown. Titled Break, it offered all of the above in a
high-density package. At the end of that year, she paid dues to one of her biggest influences by dropping a hilariously Gabber-style cover version of Limp Bizkit’s Full Nelson. There are not many artists who can pull such a stunt with complete credibility. She additionally launched her own label NAPP Records back in
2017, allowing her to push and support exciting new artists that explore similarly experimental and idiosyncratic sounds.

Especially her live performances have gained wide notoriety. She has been described as „in your face
and infectious, conveying the sexual agency and speedy urgency of Berlin’s techno scene while also
containing elements of post-punk and rap – something that really comes to the forefront when she performs live.“ She was invited to bring her live set to the Netflix production „Unorthodox“ where she makes a guest appearance in a vibrant party scene.  Additionally, four of her songs feature on the show’s soundtrack. Unorthodox was awarded the Emmy Award for Outstanding Directing for a Limited Series in September 2020.

In the year 2020 Catnapp is continuing her winning streak with a new EP on Monkeytown. Damage is yet another highly original statement by an artist who found her very own voice. And you can’t fight the
feeling that it’s all just the beginning.

Monkeytown Podcast #003 w/ Catnapp by Monkeytown Records
Load audio
By clicking the Play button, you accept the use of social media cookies.
Or alternatively listen directly on SoundCloud