As far his production goes, Gajek is believed to be a firm adopter of “free music” and improvisational, experimental methods.

2017 saw the release of his album “17” on Monkeytown Records, described as an abstract record devoid of any traditional rhythms and structure that one might be able to relate to. With its obscure flutes, sound metaphors, and angular textures, the album marked him as an exciting figure in sonic experimentalism. 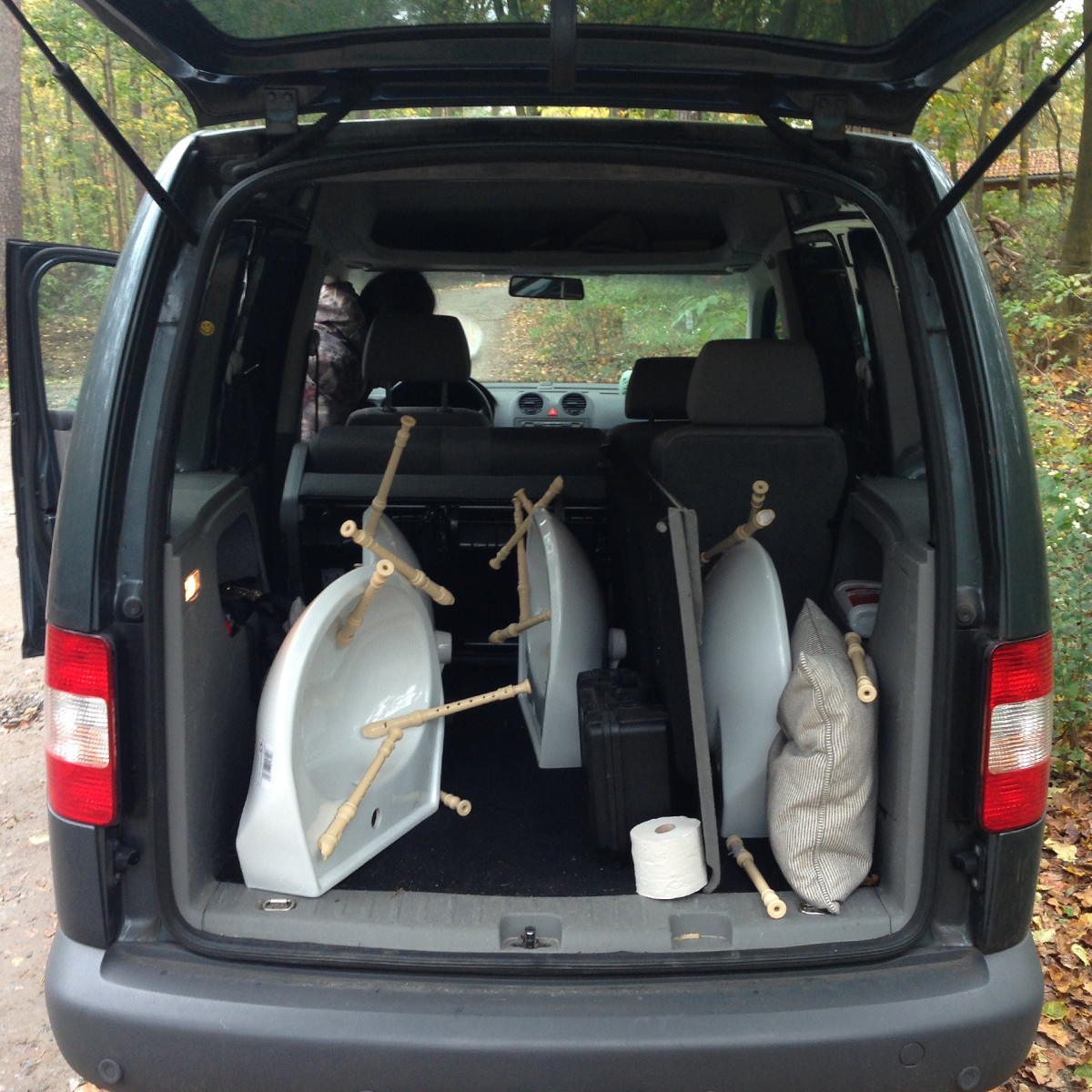 ” Everybody who has ever driven a truck packed with recorder-covered-sinks into a nature reserve to shoot a music video knows the drill: the last thousand meters are on you. After a sympathetic if slightly puzzled forest ranger stopped our vehicle at the outskirts of Hirschgarten we carried the ceramics into the foliage by hand, a kilometer at least, in a light drizzle of rain – great fun for everybody involved: my friend Paul Barsch (the artist), me, and Pauls 14-year old cousin Heinrich, who was in Berlin for a visit from his hometown Greifswald and clearly delighted to accompany us on our shooting! The design-brief was “21st Century Fucked Up Stonehenge” Heinrich tuned the recorders, and once we had set it all up it was a cool shooting.”. 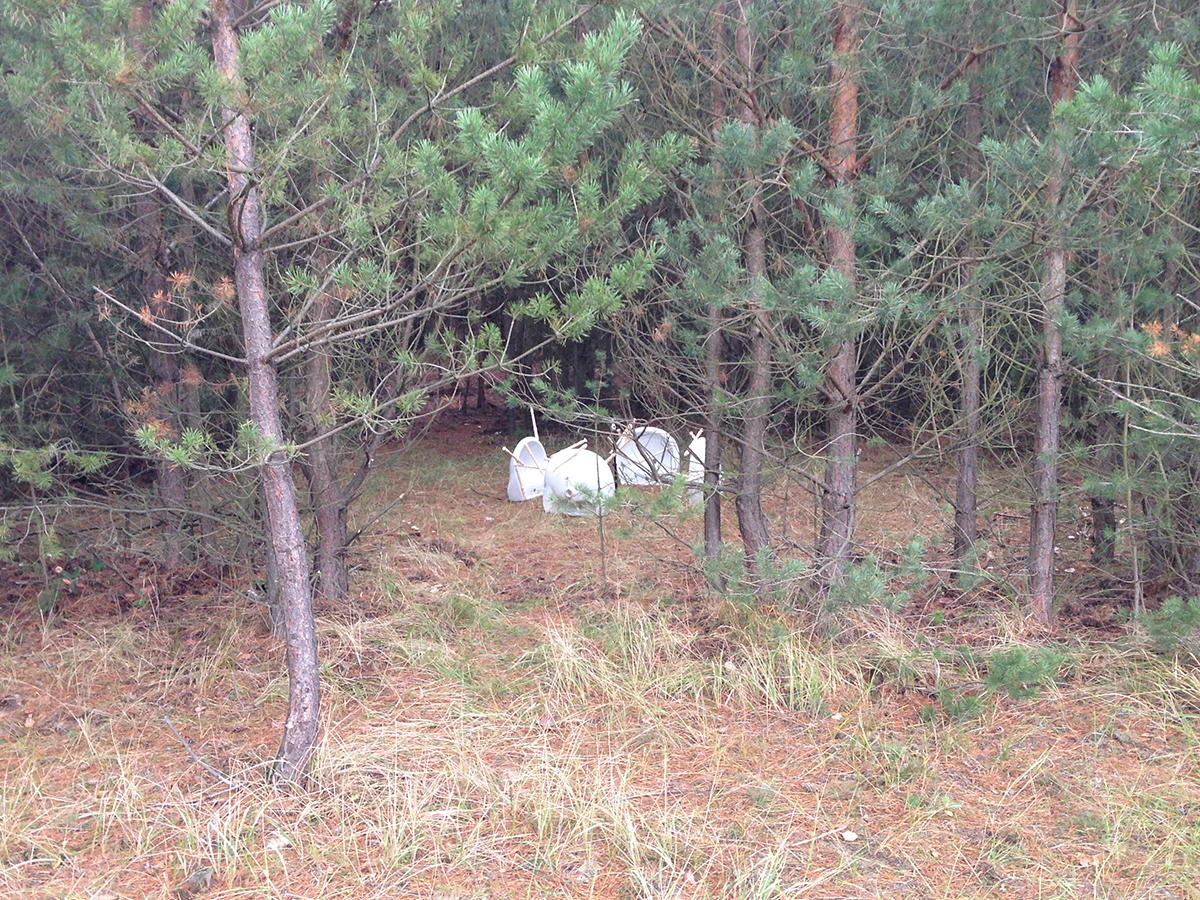 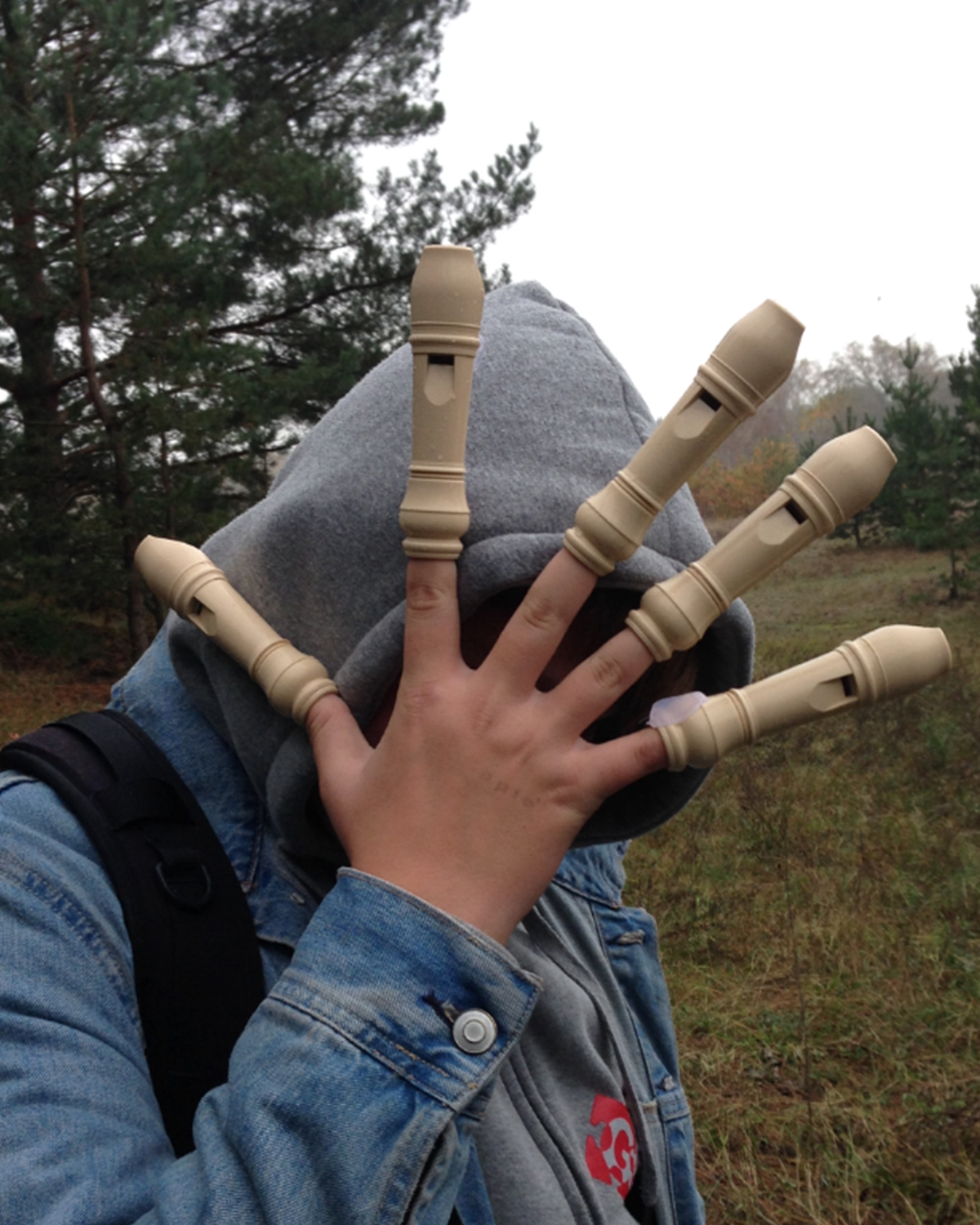 “We noticed that animals reacted really well to the sinks. This observation would be confirmed in our second ceramics-video, where we invited some snakes to explore the basins in a green screen studio. They loved it! We cooperated with a professional snake renting agency for this one, an honorable profession to be sure.

The snake keeper made certain to be paid in cash up front, was very gentle with the animals and looked ready and willing to break the legs of anybody who might treat his snakes with less than the utmost care and respect. He had some serious bouncer energy. We got along really well and shot some amazing footage.”. 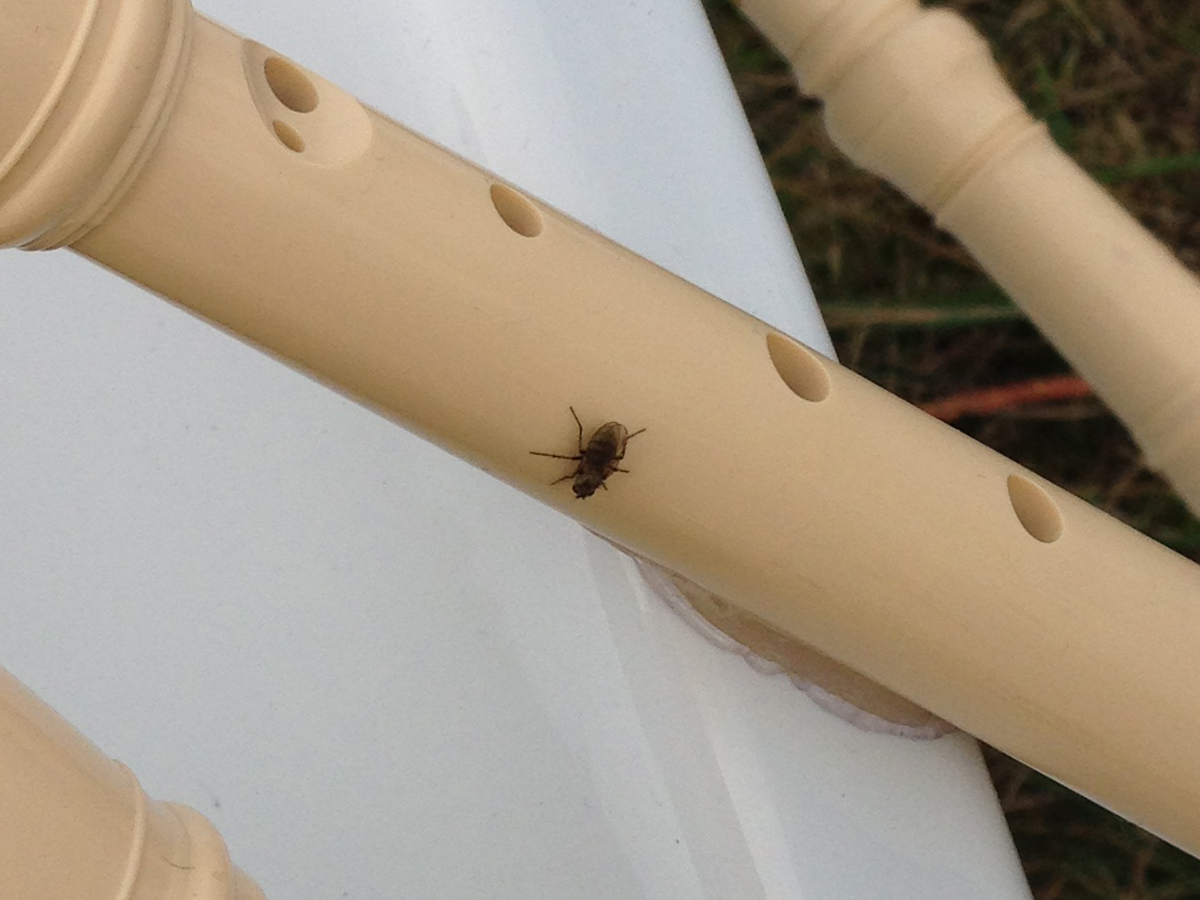 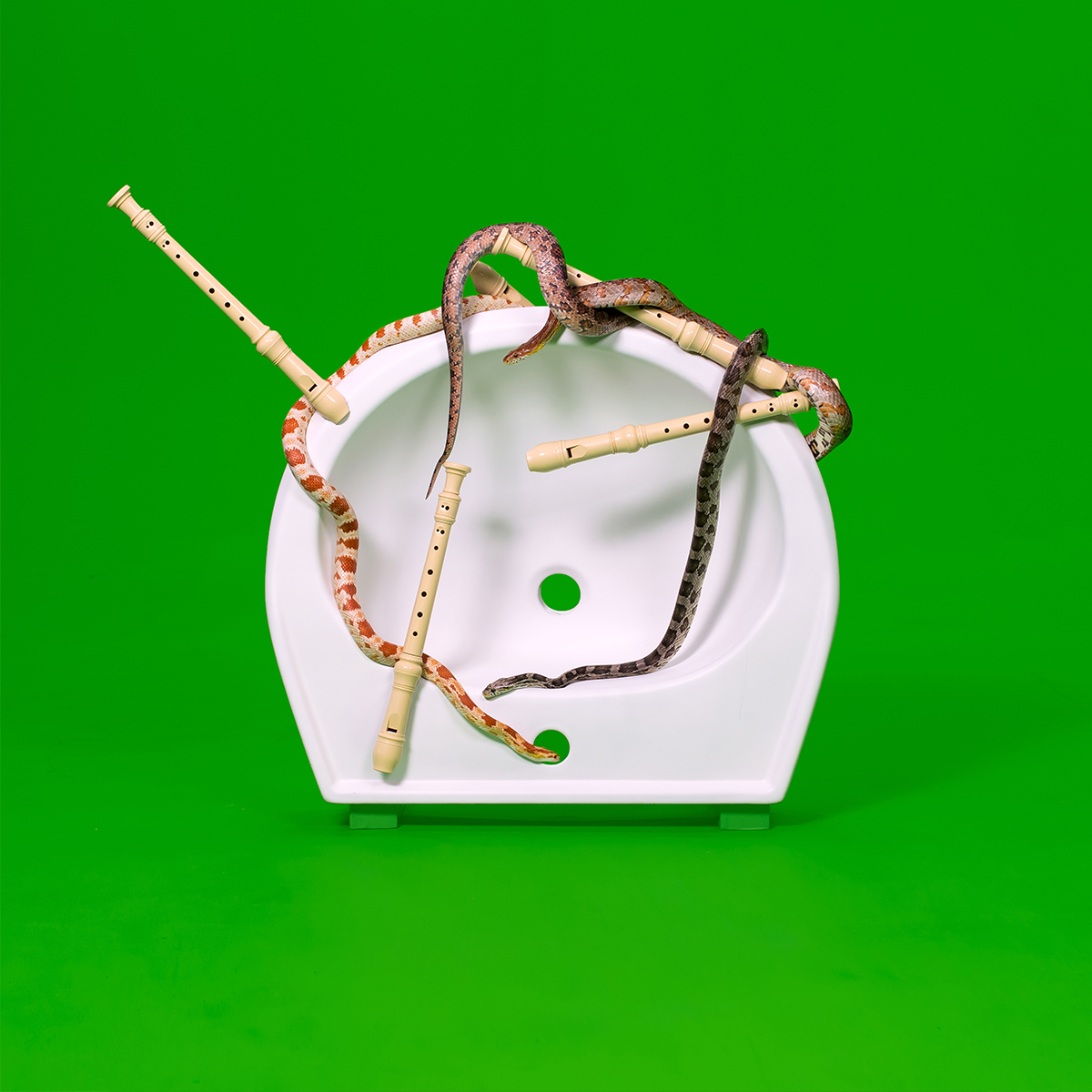 ” Among the many surreal experiences I had on the road with Monkeytown a concert in Paris with Omar Souleyman and Robot Koch stands out. We played La Machine du Moulin Rouge, it was a good night, and my friend Marc Hennes, who did the visuals, and I stayed in a hotel not far from the venue.

I´m not sure if it was the spirit of this haunted club, some involuntary incantation by the musicians, who were all on fire that night, or the weird beer that was served in bottles seemingly made out of aluminium or some other potentially not food safe material bottles should not be made out of – what is it going to be? Bottles or cans? – but for the first and last time in my life I sleepwalked.

It was extremely disorienting. I woke up in the hall of the hotel enveloped by neon light and yellow wallpaper looking into the face of a worried concierge talking softly to me in French. For a while after that I would place a chair in front of the door when I slept in hotels, but it never happened again. I think it was something about that place. Now, whenever I listen to Satie, I get the chills.”. 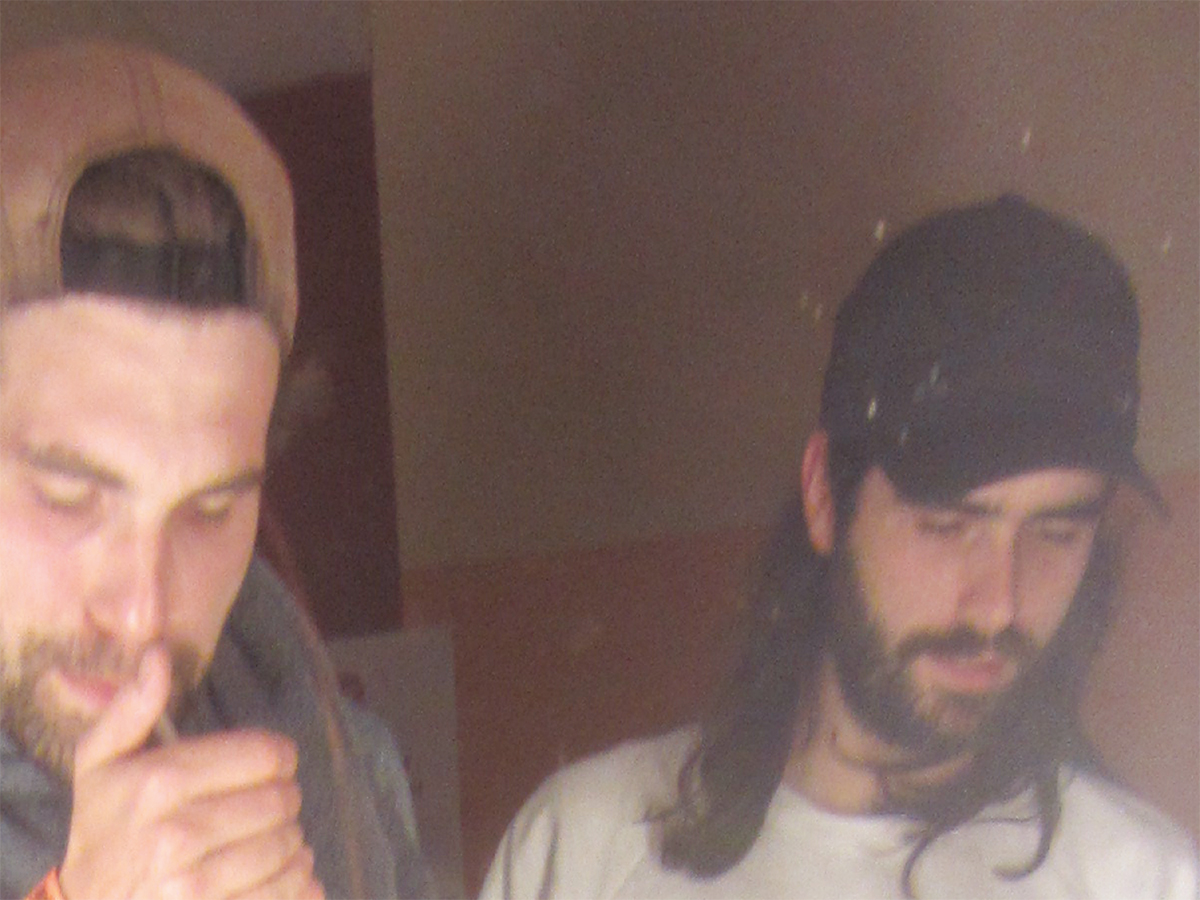 ” I was still a student in art school when I first met Szary, he picked me up at class one afternoon in 2013 with his spectacular car after listening to an early demo. We got along instantly sharing a love for music and coffee although we could barely hear each other over the magnificent engine. Being both from Eastern Germany we did not need too many words though.

Mecklenburg, where I am from, and Brandenburg, Szarys and Gernots place of birth, are quite different in many ways and yet similar in some: there seems to be a certain kind of quiet sociability shaped perhaps by a history of necessary distrust, a culture of emotional minimalism perfected by unfazed people in scarce landscapes. Once you recognize each other as on the same page you can either talk each other´s ears of for hours or not say anything at all, it doesn´t matter.

We enjoyed some excellent Galao that afternoon and about a year later “Restless Shapes” came out.”. 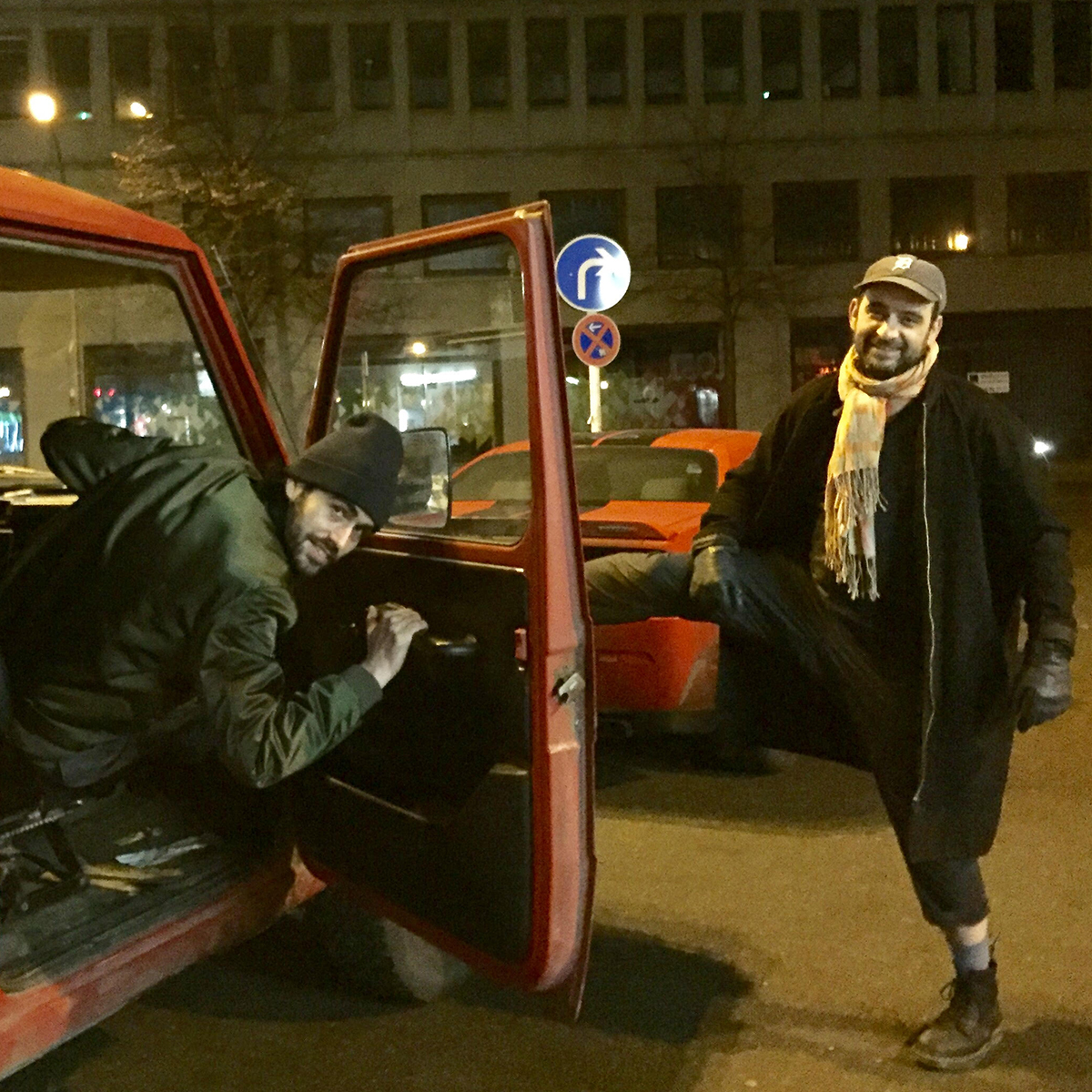 “As to my favorite MKT-release: come on, I`ll have to go with one of mine here. Not because I think they are superior in quality, although I’m still quite happy with 17 – there is a lot of fine work in the MKT-catalogue – but because they affected my life the most.

I met people who would become my friends, visited beautiful and fascinating places and had profound experiences because of these records that I had the privilege to make. Both Restless Shapes and 17 were good to me and I am very grateful for everything that came my way because of them. I guess the greatest gift the records gave me was to make sure that I can continue doing what I love most, full time, full immersive-borderline-unhealthy-obsession-mode: making music.”.

Gajek - Vom Hammel
Load video
By clicking the Play button, you accept the use of social media cookies.
Or alternatively watch directly on YouTube