Mariechen Danz’ artworks have been presented in the 57th La Biennale Di Venezia, New Museum New York, Centre Pompidou Paris and Haus der Kunst Munich amongst many other institutions. She is mainly known for her drawings, sculptures, installations and performances, and now her album Clouded in Veins (produced and written with the help of Gediminas Žygus) will see the light of day on Monkeytown Records. Listen to the album here and pre-order the limited vinyl edition, out on October 8.

The Clouded in Veins album artwork is a picture of its multiperspectivity. On it, a clear blue sky becomes the marbling work of artist Kerstin Brätsch, becomes satellite imagery of a hurricane; becomes MRI scans of the brain and other organs. It’s just one container for several years of work, crossing creative formats and collaborations, disciplines and fields of research, where Irish-German interdisciplinary artist Mariechen Danz examines the ultimate failure of communication: “Language is not my friend,” she says. “I never felt like the 26 letters of the Latin alphabet sufficed.”

Together with Lithuanian artist, producer and composer Gediminas Žygus, Clouded in Veins collects, collates, re-records and reconstructs the sound from a series of performances and installations, originally performed at live venues in Germany, France and Italy. The album is conceptually rooted in “Clouded in Veins: A Subjective Geography”, presented at the 57th La Biennale di Venezia, the final result is a track listing of updated reinterpretations that were created and shaped between 2017 and 2021. It features fragments of songs and sonics from several activations, while this particular iteration of the Clouded in Veins series accompanies the catalogue for Danz’s eponymous Ruhrfestspiele exhibition* at Kunsthalle Recklinghausen (still open until August 29, 2021).

The album is an expansive sonic environment that clatters, roars and rumbles with explicit and obscure meaning, where Žygus applies their tactile bass and post-industrial noise-influenced design to Danz’s vocal ruminations on knowledge-sharing and the limits of human understanding. “I think it felt that it needed to be documented outside of art spaces,” says Žygus on the reason behind repurposing the material from the expansive interdisciplinary project into a more conventional listening format. “It kind of felt a bit too exclusive to leave it for mostly Western art audiences; like the exhibition format doesn’t always create access and accidental encounters.” 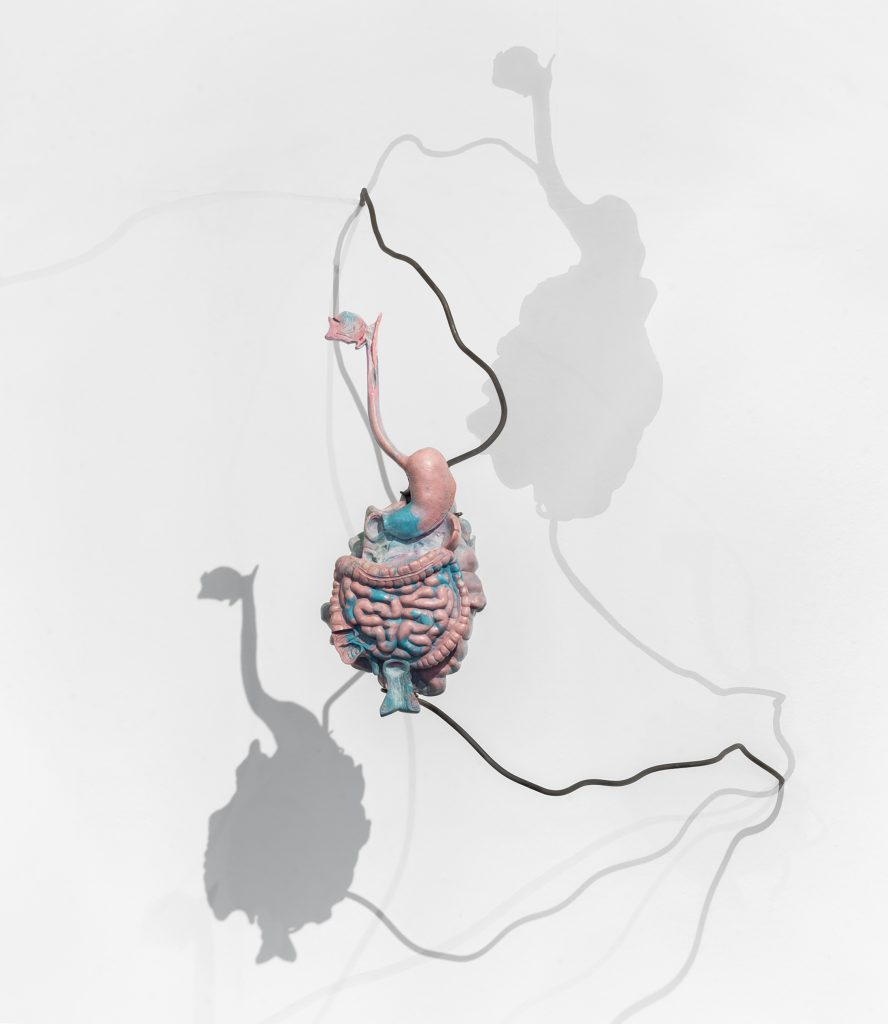 Danz’s broad and encompassing practice spanning sculpture, drawing, costumes and installation is its own abstract sculpture of sorts, a generative work that morphs and evolves with every interaction — it’s kaleidoscopic outcome reliant on infinite variables across disciplines and forms, locations and collaborators. Žygus reworks tracks Pirates, How To Know and When To Lead by Danz’s previous band UNMAP. Former band member Alex Stolze contributes to the ambiguous pedagogy of No One Ever Says Here I Am and I Brought My Body With Me. Speech therapist, singer and long-time collaborator Ronel Doual adds prelinguistic grunts and articulations to the layered spoken word of Fossilized Tracks. Repetition and iteration is key to Danz’s work, following the inherent distortions and defects of oral histories and the bodies that transmit them over time. “Everything we’re looking at is limited to our own comprehension,” says Danz, often placing the same lyrics in entirely different contexts, in an attempt to explore how those changes affect their meaning. “We lose our grasp on how much everything is malleable.”

*Clouded in Veins, Ruhrfestspiele exhibition 2021 at Kunsthalle Recklinghausen, May 2 to August 29, 2021.