Catnapp - No Cover
Load video
By clicking the Play button, you accept the use of social media cookies.
Or alternatively watch directly on YouTube

With her genuine blend of fierce rap and bass heavy beats, Catnapp is properly hyping up Monkeytown’s artist roster. To celebrate her new single “No Cover”, her second release for the label, we caught up with Berlin based Argentinian powerhouse.

“I really enjoy music that is super powerful and aggressive. The Prodigy is my favorite band in the world, I even have a cheesy The Prodigy tattoo right here,” Catnapp chuckles, lifting up her skinny arm to give proof.

“I went to a Limp Bizkit concert the other day, it was amazing. I was hoping for the worst really, thought they would be fat, boring and bored. But they killed it! I’d like to transmit the same energy I received from them with my songs, too. I want the audience to feel this. On my first gig, there was a mosh pit – just 15 people, but a mosh pit. This was everything for me. I wanna free this energy!” 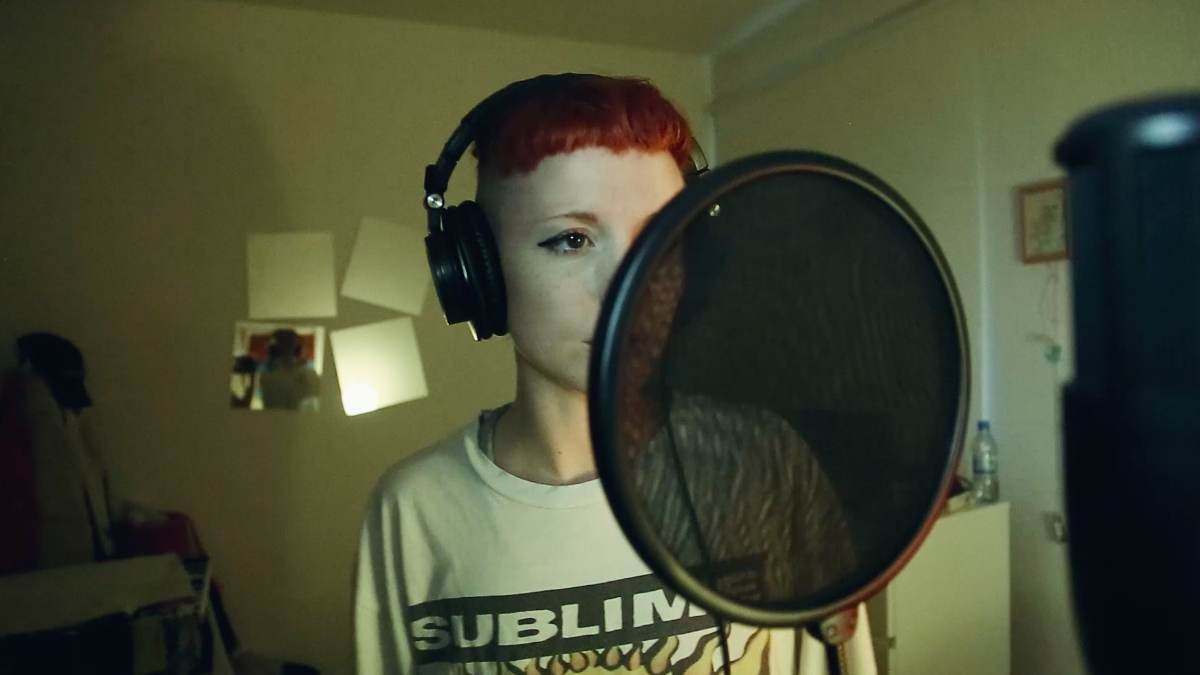 In the age of (e)motionless laptop performers and equally frozen audiences, it’s so refreshing to have an artist calling upon these kind of primal forces of music. And Catnapp, whose real name is Amparo Battaglia, really means it. If you ever witnessed one of her live shows, seeing this petite person stirring up crowds while in control of both music and microphone, you immediately believe her claim that playing live is the most rewarding thing for her.

“I wouldn’t be able to not perform, I need it. I need to show people what I do in person and receive the vibe back from them.”

This year, Amparo is able to do so on a larger scale than ever before, with gigs at big festivals like Melt!, Fusion or England’s Latitude Festival. Back in June, she played the Modeselektion night at Berghain alongside Modeselektor, Sarah Farina and FJAAK. Not that she had been inactive or kept a low profile in the years before, but the release of her Monkeytown debut EP “Fear” in March 2018 surely pushed things forward for the Argentinian artist, who left Buenos Aires for Berlin in 2015.

Catnapp was started around 2010 with the release of “Caterpillar”, a wild combination of drum ’n’ bass and vocals. She constantly released music in the following years, even scoring a guest spot on the album of Maya Jane Coles’ Nocturnal Sunshine project.

Although Catnapp still gets the most attention and engagement in Argentina and Spanish speaking countries like Chile, Amparo felt limited in her South American home at some point and decided to leave.

“I didn’t know that I would stay in Berlin, I thought I was going to live in London, because I knew some people there and thought I had a connection. So I planned a tour through Europe where I would also scout for new places to live. I went to London and didn’t like the vibe at all. When I arrived in Berlin, I loved it. The nature here is great, the people are super chill, and you can live without sacrificing yourself so much. So many things are happening all the time, it’s so inspiring. For an artist, it’s the perfect place to be.” 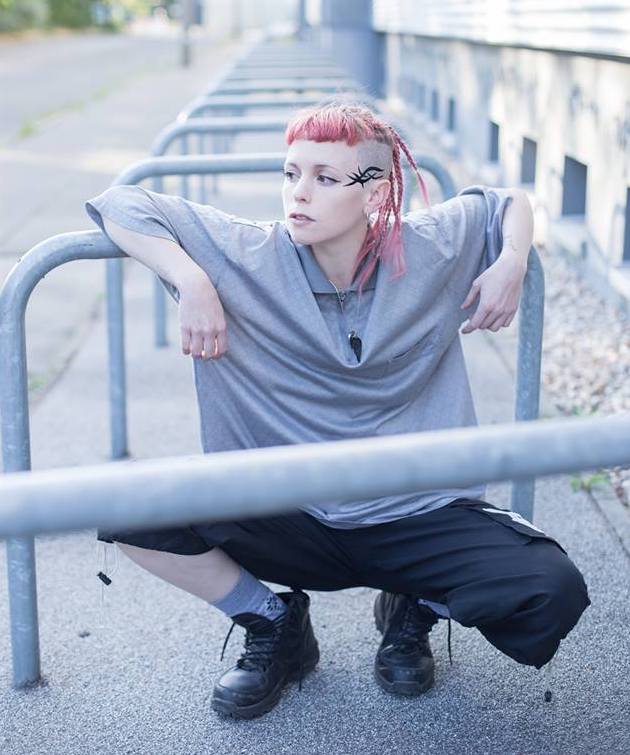 In between playing shows in numerous Berlin venues and all over Europe, Amparo started to work at different clubs in her new hometown, eventually becoming part of the staff at OHM. Known for its exciting and diverse parties and booking beyond techno and house, the famed Kreuzberg club turned out to be a valuable meeting point for her. It was at one of Monkeytown’s label parties when she made new acquaintances that led her to sending music to the label and shortly afterwards to the release of her “Fear” EP.

“I still work there from time to time. I started at the wardrobe, now I’m at the door. It’s super nice, because you see all the people that come inside, you get to meet everyone and make new connections in the safe space of your work. The crew there is great, and they are mostly Spanish. My favorite parties are there: Trade, lots of drum ’n’ bass and breakbeat parties, which I don’t hear too often in our other clubs.”

Catnapp’s own productions are equally eclectic, oscillating between raw bass music, smooth R&B and grimey rap, but every track is sharply contoured and to the point. To her, it’s as pop as it can get. This quality is perfectly shown on her second release for Monkeytown, which features two brand new tracks. Both “No Cover” and “Easy” combine hefty beats and club-ready sounds with very personal and emotionally charged lyrics. The former is dealing with toxic relationships and not being honest or sincere, while on “Easy” she’s hitting out against fake and shallow people in the scene.

Catnapp takes a stance for being deep and real, she’s definitely not taking things easy and lightly. After many years, she finds herself in a moment and position where she really wants to make it. New music is constantly in the making, and as soon as she will have successfully finished her ongoing tour, focus will be on a new album. “Right now, I have the inspiration and the drive to do it. So I’m just patiently waiting for that moment, for that space and time to come.” 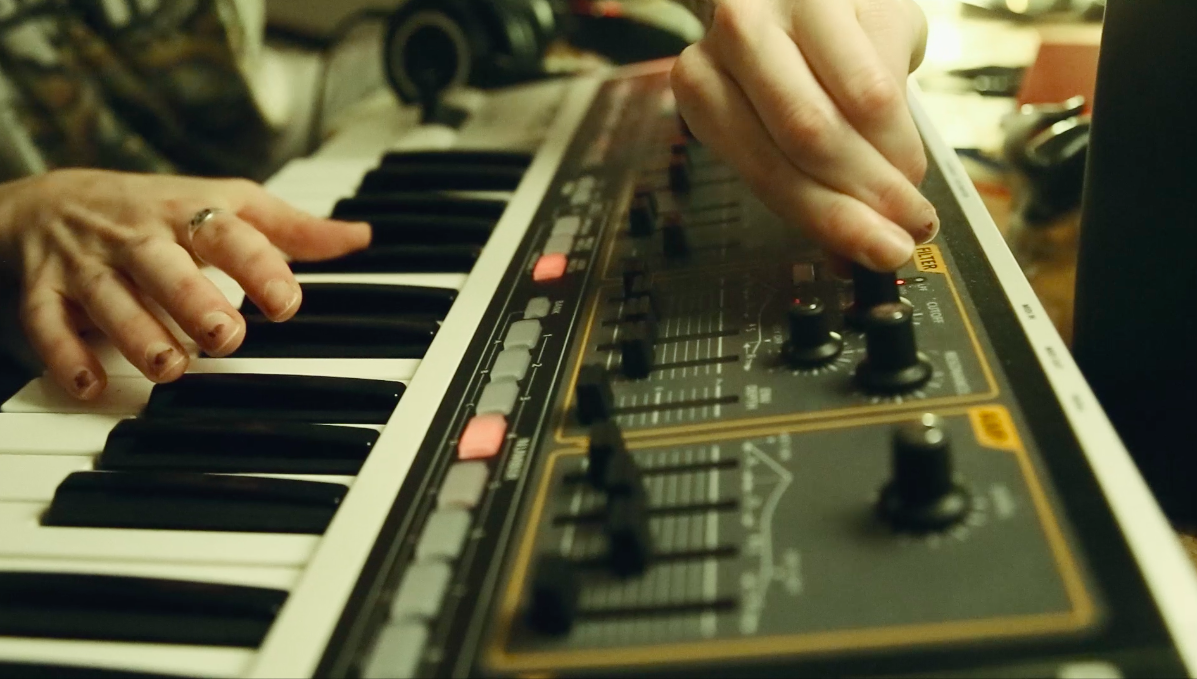 She says her next album will probably feature a lot of breakbeats and drum ’n’ bass. For the time being, Monkeytown seems like a natural habitat for the freaky feline. “They are open to a lot of things, and I feel that this is one of the only labels where I actually fit in. The mix of music that I do is not really common, but they have it. It’s a mix of electronic, pop and breakbeat, but also lyrics and rap. Artists like Siriusmo do this sometimes. There’s also melancholy in my music, like in Moderat’s. I think it’s similar in different ways. Think of Otto von Schirach’s last EP and the new video, it’s so creative and so different.”

Apart from her own music, Amparo is also keen on supporting other artists and friends with her own imprint, Napp Records. New releases are pending, for instance by offbeat American rapper John Debt. Her talent as a beat maker and producer also led to various collaborations. Just recently she was going through unused beats to send to another artist. “I started listening to them and was like: Oh my god, I have an LP here. So if they don’t like the beats, I’m going to take them all and make an LP. Which is something I haven’t done in a while, since 2014. I really hope the other artist doesn’t like my beats,” she laughs.

One way or another, we expect nothing but great things to come from Catnapp. Her time is now.