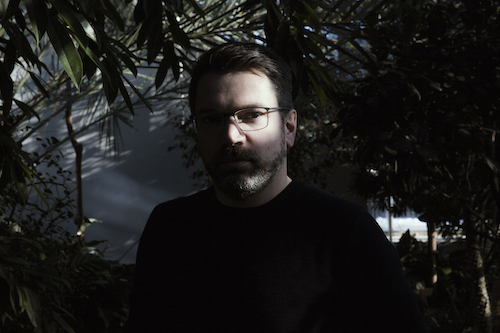 When it comes to music, Techno has been playing an integral and defining role in Shed’s life for more than 25 years. For René Pawlowitz, it all started in the early 1990’s, shortly after the Berlin Wall had come down. Growing up in the city of Schwedt, located near the Oder River close to the border with Poland, FM radio was pretty much his one and only window into the world of popular culture. Berlin-based radio stations – DT64 and Radio 4U – and its DJs Monika Dietl and Marusha provided musical knowledge and inspiration, something the bleak wasteland of the federal state of Brandenburg did not offer. Tracks from Detroit, Chicago and Berlin became the formative soundtrack of Shed’s youth, who had just witnessed that history could actually be re-written. Soon after, him and some friends started travelling down to Berlin for the weekends, spending endless nights at clubs like E-Werk, Tresor or Elektro. He soaked up Rave culture, quickly realizing its sheer power and the effect it had on people. An epiphany which fuels Shed’s music to this very day. “Rave is all about losing it completely, to go bananas. It’s dirty. It’s about going crazy. It’s an attitude already inherent in bands from Manchester like the Happy Mondays. Being completely over the top, actively sabotaging the pop mainstream. Today, most festivals are mere dances, Techno has become a part of the mainstream itself. I’m still looking for that feeling, that mindset in the music I produce today. It’s a constant longing, resonating in my tracks.”

Looking back at Shed’s next moves, the early steps in his career almost feel like a classic apprenticeship. Finally moving to Berlin in the early 2000s (“I never really wanted to do that”), it didn’t take him long to release his first E.P. Producing tracks, starting a label, coming up with appropriate monikers, stamping white label 12″s, shipping them off to shops: For a long time René Pawlowitz ran a one-man operation, and for good reasons. Being independent, being able to produce and release whatever he wanted, mattered greatly to Shed. It still does. EQD, Wax, Head High, WK7 or Seelow are just a few of the many pseudonyms Shed has used to release his music. In fact, the list of his project names is longer than many DJ’s full discographies. “I can’t really explain why I use so many different pseudonyms”, he says. “From an economic perspective, it’s actually quite counterproductive. At the end of the day, though, it’s all about the fun doing it. Putting out records. Breaking even financially is nothing you necessarily think about. I have personally handled every single copy of every white label I have ever put out. Stamping them, soldering out the catalogue numbers in the run-out groove, I’ve done it all – a couple of thousand records in total. It’s kind of hard work, actually. But to me, it matters as much as actually producing the music.”

When Shed talks about his work, trade is an important aspect. From 2006 to 2010 he worked at Hardwax, Berlin’s legendary record store, learning more about the complex world of vinyl and distribution. He also mentions his grandfather who once told him: “Art comes from Artisanship.” “Music is craftsmanship, especially Techno. In order to do good dance music, you need to understand how it actually works, how to make the music work”, he says. To make it all work for him, Pawlowitz has, among other things, been focusing on one key element of electronic dance music: the bass drum. His kicks are a world of its own, animating the dance floors with a cinematic, almost metaphysical quality. Putting these bass drums front and centre in his Power House releases als Head High/WK7 from 2010 onwards, those records created one of the biggest hypes in Hardwax’ history ever.

When it comes to writing an album, though, the aforementioned craftsmanship takes a secondary role. It’s the basis, the foundation, enabling Shed to achieve more. René Pawlowitz is a discreet master of storytelling. Producing an album is about heritage, bringing across something very personal, creating a timeless body of work: “I want to make music to which I can come back to 20 years later and still feel confident about. Producing tracks I personally enjoy. This approach might sound mundane, but it is my very own filter, some sort of internal quality control. Whether something is worth releasing or not.” “Shedding The Past”, his debut album released on Ostgut Ton back in 2008, received rave review all around the globe and was Resident Advisor’s album of the year. Techno, the Hardcore Continuum, Berlin, Detroit, UK: it’s all in there, loud and clear, yet merged in an almost humble way, creating a unique musical language, treating every single piece of sound heritage with the upmost respect. Followed by “The Traveller” (2010, Ostgut Ton) and “The Killer” (2012, 50 Weapons), Shed’s 4th album “The Final Experiment” will be released in 2017. It marks yet another important step in René Pawlowitz’ musical evolution. A dazzling, glistening record with which he further liberates himself from the politics of the dance floor. Critics say, it is his best album yet.

In Session: Shed by Mixmag
Load audio
By clicking the Play button, you accept the use of social media cookies.
Or alternatively listen directly on SoundCloud