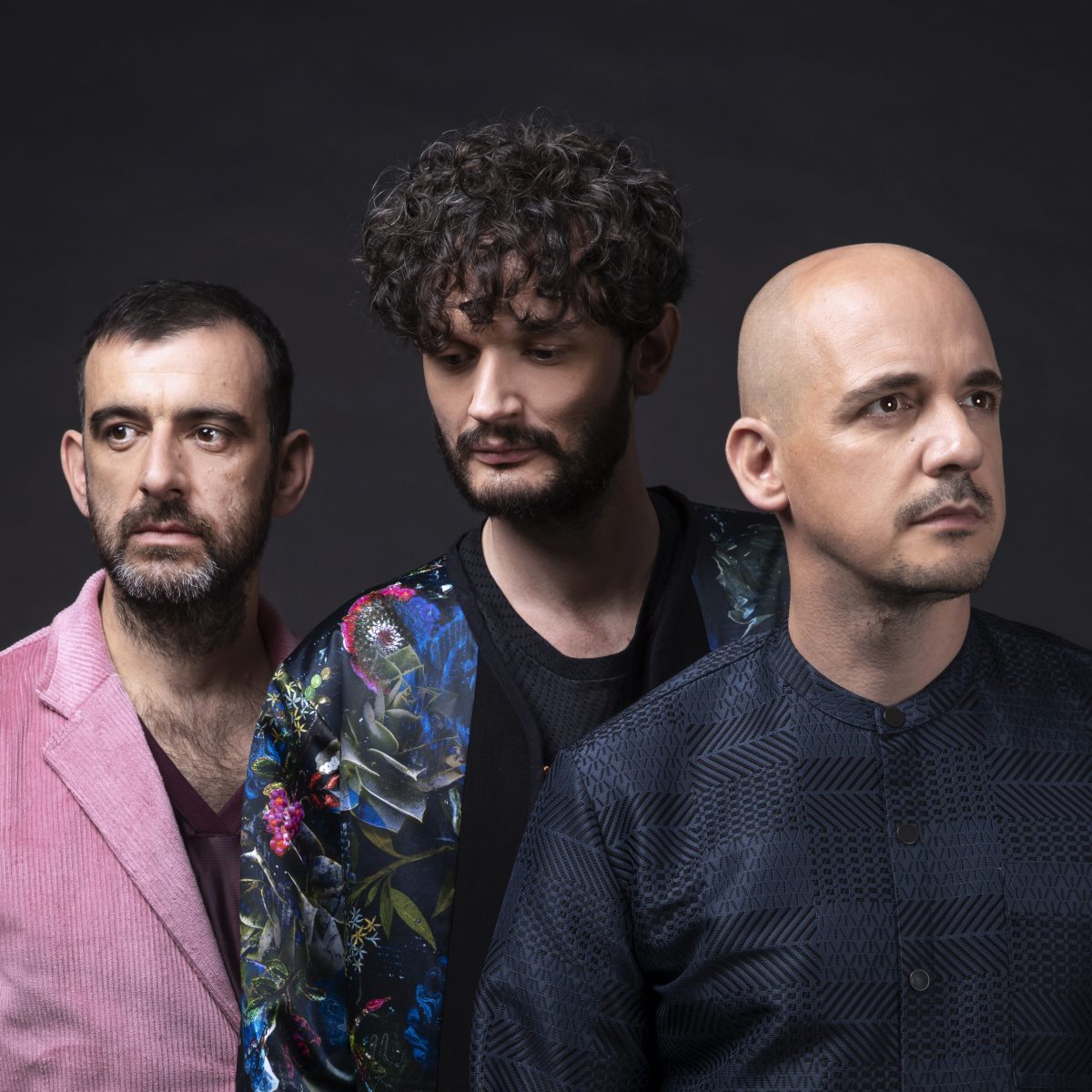 Sometimes music is about numbers sequences. When Modeselektor [Gernot Bronsert + Sebastian Szary] and Apparat [Sascha Ring] decide to become one, it is a trio band called Moderat who is brought into their tuneful world. Good things always come in threes and the result of this brilliant addition is unambiguous: hardly anybody has brought electronic music from Berlin to the farthest flung corners of the world with more passion and enthusiasm than these two heavyweights.

In 2002, Sascha, Gernot and Sebastian met for the first time. At that point in time, Apparat and Modeselektor were well established in the Berlin music scene. Sascha had already released his debut album and Gernot and Sebastian, a series of 12’’s.
Collaborating together wasn’t even debatable, the question was: When will they join forces?
Walls of Berlin music studios have ears that know how privileged they were: they have witnessed during nearly 15 years the birth of several timeless gems.

Moderat laid the foundation stone in 2003 with their very first release “Auf Kosten der Gesundheit” EP.
The three friends saw at this exact period their careers in pairs and solo soar, and the release of their eponymous debut album in April 2009, did not bring them down. Perhaps the secret of Modeselektor’s and Apparat’s collaboration lies in the fact that they never even tried to get close to one another.  Modeselektor’s thundering bass rumbles in the cellar, Apparat’s sensitive and subtle melodies float high in the eaves. The fact that what one assumes to be incompatible actually communicates, is what makes Moderat so unique.

Thus, when a band is successful, usually after a first album you would expect a second. Mathematics is all based on logic and it was not the time for surprises for Moderat. This one came out in August 2013 with Monkeytown Records and is soberly called II.

Time passes and the group remains on the same path, counting the kilometers traveled from one side of the world to another to perform on stage. Concerts follow album releases, new singles precede new albums and the fans have become accustomed to this frenetic pace of events which allow them to enjoy the most authentic group in Berlin but also to closely follow what Sascha, Szary and Gernot offer from their subdivided work. Moderat are three family members that managed to create together what they don’t do individually. Modeselektor is holding the frame and brought the colors,  Apparat is painting the story that the group wants to tell us.

This is no surprise to anyone, the band members are also known for their witty humor. But do not get them wrong, they don’t mess with music, and certainly not on April Fool’s Day. They moderate.
That day in 2016, they decided to release their third and thus far last album, III. A  9-track album completed with bonus tracks and an instrumental version marking the end of the trilogy.

And then? A 4 years old promise. “It’ll take us a while but we’ll be back! Stay tuned!”

Bleep Mix // Moderat by Bleep
Load audio
By clicking the Play button, you accept the use of social media cookies.
Or alternatively listen directly on SoundCloud