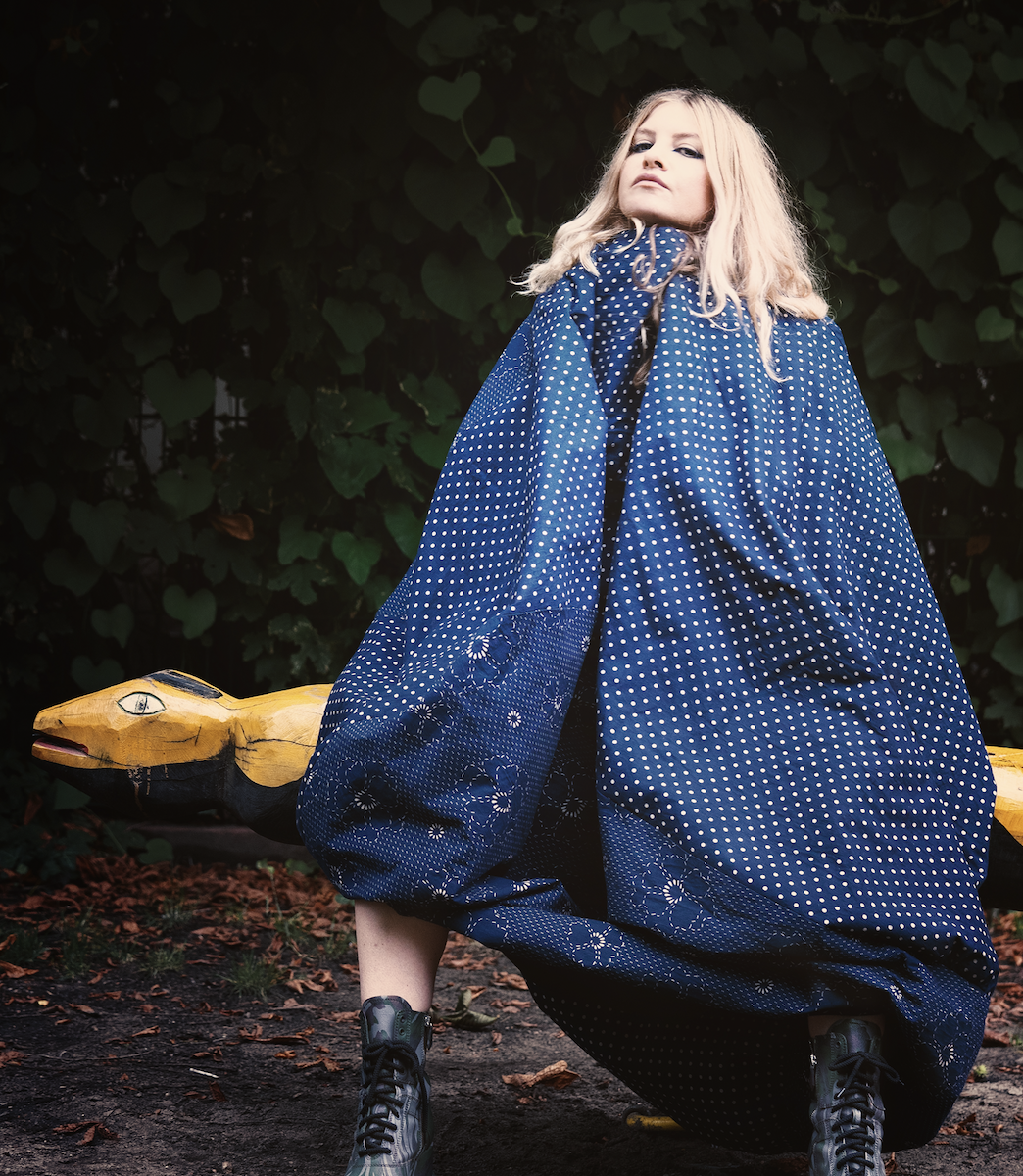 Irish-German interdisciplinary artist Mariechen Danz’s broad and encompassing practice spanning sculpture, drawing, costumes, installation and music in its own abstract sculpture of sorts, a generative work that morphs and evolves with every interaction — it’s kaleidoscopic outcome reliant on infinite variables across disciplines and forms, locations and collaborators.

Created together with Lithuanian artist, producer and composer Gediminas Žygus, her album “Clouded in Veins” collects, collates, re-records and reconstructs the sound from a series of performances and installations, originally performed at live venues in Germany, France and Italy. The album is conceptually rooted in “Clouded in Veins: A Subjective Geography”, presented at the 57th La Biennale di Venezia, the final result is a track listing of updated reinterpretations that were created and shaped between 2017 and 2021. It features fragments of songs and sonics from several activations, while this particular iteration of the Clouded in Veins series accompanies the catalogue for Danz’s eponymous Ruhrfestspiele exhibition* at Kunsthalle Recklinghausen.

The album is an expansive sonic environment that clatters, roars and rumbles with explicit and obscure meaning, where Žygus applies their tactile bass and post-industrial noise-influenced design to Danz’s vocal ruminations on knowledge-sharing and the limits of human understanding.